2016 and 2018 Stolen with Same Putin Package to include Crosscheck, Microtargeting & Diebold. We need to confiscate assets the thieves created through cocaine

It  was admitted by Mike Pence 2016 was stolen and we know only 26% of American citizens voted for Trump teams.  “We stole 2016 to bring communism to this country,” said Mike Pence a while ago, meaning they committed felony election theft and need to be charged for the crime. Monitoring is occurring and only a few people know about it, we are a Constitutionalism based country and are looking forward to Primary 2020. This sign for sale here will help to make your 2020 yard signs more solidly planted in the reality we are living with. And you can yell out, “Election Convictions need to be made and we need to be paid!”  Send a photo of your yard sign and tell the non cocaine trafficking, Justice Department officials, “make my election convictions before Primary 2020,” they are Crosscheck, Microtargeting with Robert Mercer and Cambridge Analytica, and Diebold Nixdorf scanners. Please add this line, “Release our gold standard and my money back to the American people,” so we get paid $400,000 backed by US Gold.

Hillary Clinton stole the Primary of 2016 the same way and it was admitted to, “We used sophisticated oligarch interference to put Hillary Clinton on the ballot,” against Trump was the inference of Rudy Giuliani in this statement he made about the Primary election theft of 2016. Both Trump teams and Clinton should not be allowed to run in 2020 with those who stole 2018 completely revealed to the media including Brian Stafford who used the fact that Trump is deposed to traffick cocaine with the opposition, the Guilty of September 11th, here.

Please buy this sign for only $15 including shipping to any US address or come by and pick one up at my home in Vista, CA during office hours which are flexible, definitely Monday and Tuesday from 12 to 5 pm, 1252 Barbara Drive, Vista, CA. You can purchase the sign here without shipping for only $10, good for local area residents taking on the thieves of 2018 here. The District Attorney used bubbles on the rosters to steal the mail ballots in the county and put them under her name as was admitted by her side. I found out, “when the bubbles (on the voting rosters) we could politely pad them (the votes including mail ballots),” to those who supported the land grab by cocaine trafficking, I am against. Click on the Buy Now button to purchase it through PayPal and it will be shipped within 7 days, I just ordered them today, June 11th and they are due in three days so can expect yours within about a week. This is how the actual sign will look, and it is available for $15 including shipping and it includes the metal stakes to put it up immediately when you receive it. 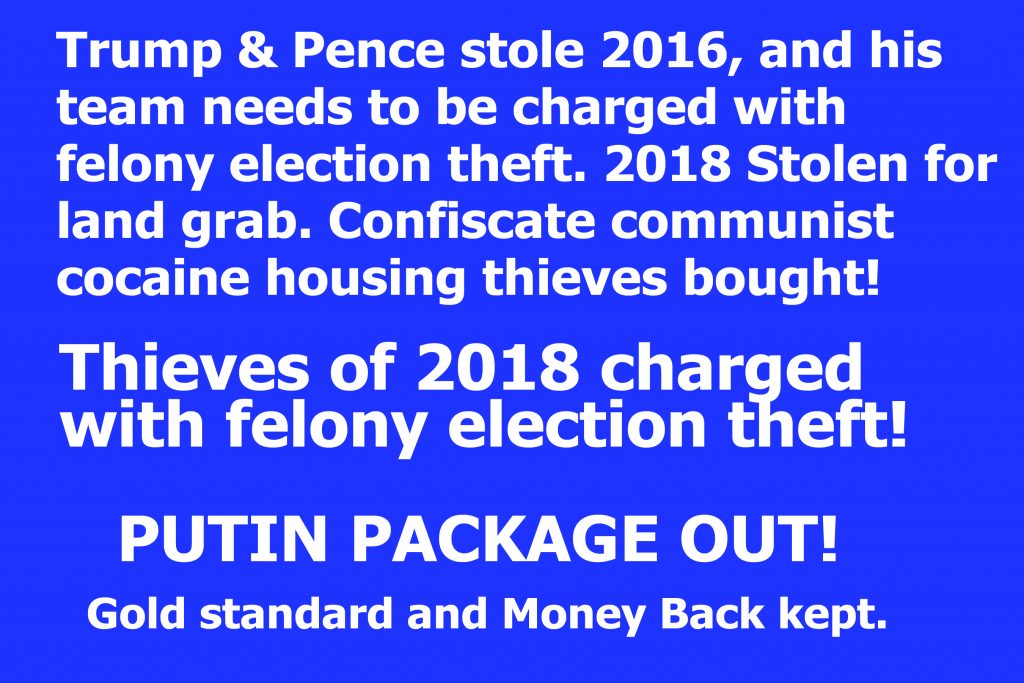 Mail ballot voters had no opportunity to sign a roster so they had no bubble to fill in as they did not go into a precinct to vote. There were also reports of mail ballots that were attempted to be “turned in by volunteers” connected to Paul Allen team working for the cocaine land grab. It is likely they were using those ballots to pad the individuals they supported for the cocaine housing, as this group purchased these homes on cocaine money.

How it works. “I’m going to put it in there (Rosicrucian Fellowship) so Paul Allen can repay me,” said Gordon Duff about $500 million from North Korean methamphetamine shipment I outed, a risk for him because the FBI caught him and watched it & Paul Allen attorneys monitored them with bribery. “We don’t need those Drawing Rights checks, Paul Allen,” said the City of Vista city planner, used for the land development projects using methamphetamine funds designed as leverage project to profit from rent payments through cocaine trafficking. Before he died, Allen made this statement about this housing community,  “We are the ones with Issa invested in it,” said Allen, connecting his team to the election theft of 2018, as Issa was the individual who made the above statement about padding the votes to their group of Republicans and Democrats participating in the cocaine land grab.

We can stop them by making our voices heard here in the local community and nationally. Purchase a sign today, and within a week you will be doing your part to stop communism and make our election convictions before Primary 2020.

More about this story found here. Life is about doing your part to help others.