The land grab I testified against is conducted with cocaine money to be stopped.

Here is a four part series on how it is conducted including video footage of their theft.

Cocaine is prevalent through our Justice Department as was found out with William Barr and others. 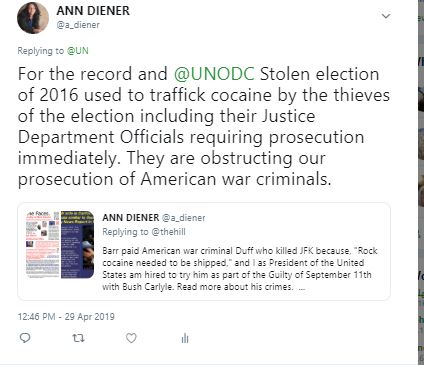 We need to aggressively pursue the damage that has been done to the United States of America due to the stole 2016 and stole 2018 individuals.

Every day, they damage our national security more. 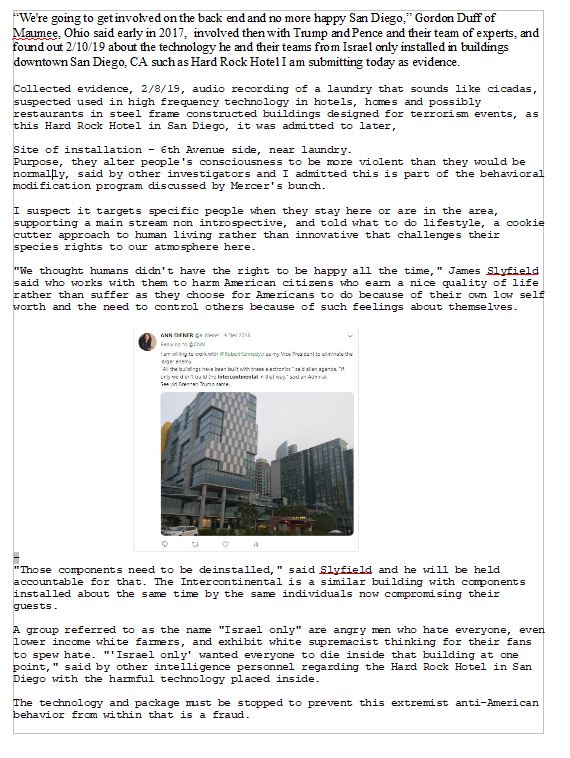 Payment from them should be due to correct harmful building installs for electrocution of guests. 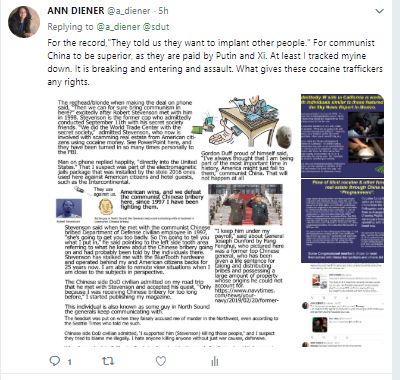 No further implantation is needed to make American citizens fall even further behind. The implantors must be arrested now. They must pay for their crimes financially and with jail time.

I will continue to work on advancing our world in the mean time. We are just wasting our time on thieves, the longer this takes. The bad part is that the thieves are watching, listening and stealing every day. Our gold standard and my money back must be delivered to American citizens.

They should not be allowed to harm the President of the United States now because she owns the planet. I am capable of testifying and do so every day.