Cost of Intention of Malice, Who is Liable?

With the restraining order here, Robert L Stevenson of San Clemente, California intended to exact malice on my person and global position. It has been used as a weapon which is not what a restraining order is designed to do. He has had unfettered access while holding less global standing than I have restricting access of mine to people I chose to participate with who work in our country for the American people as I am an American. He has aided adversaries since 1998 possibly from within our government. What are the costs of his participation with foreign governments against all Americans? I have sided with our service members and the American people consistently for their financial and Constitutional interests. In 1998, both Russian and Chinese governments were operating in the background against Americans and they have been repeatedly identified. They have also consistently mimicked our side through the use of the British government. We have no need to disarm because of an American war crimes tribunal against those who sided with our adversaries.

This is intentional malice. And to be clear it was stated it is being done to cheat all Americans. When a group is cheating all Americans with our adversaries, what is that criminal activity to be known as? How can we recover? Sue them.

This restraining order could be voided through the proof of a framed murder against me and proof of his service to foreign powers against American interests I have obtained. I remember a restraining order delivered to me without signature. I did not agree to it nor have to acknowledge its receipt. It is now known Stevenson and their had started working with the communist Chinese government then and I was against that even then. The man who murdered someone and framed me, I have data to support that, was working with a foreign government against our country, and they  gave me the restraining order I never kept or thought I needed. At that time I thought he was an American and I found out differently and did not know what it was for. It has been reported already in this flyer here that the individuals have been working against American interests. Stevenson has misrepresented himself. How do we out someone like that through our intelligence community? Who wants a traitor to all American citizens to encourage American assets to lie? That is what he has done. This hurts our country and has done so for over twenty years now. The traitor uses those assets to penetrate our country to commit financial crime. They are being used against their own interests unknown and unseen to them. By him encouraging them to lie, and them doing it, they accept his penalty kick, power over and against them.

Why do they lie? Is the penalty kick a benefit to them? Negative. Truth saves lives and people don’t like it.  I would like to examine the impacts from 1998 to present of traitors encouraging American assets to lie and to assess the financial damage those lies have caused. This is a good project for our next administration tied in with an audit of the Pentagon. If you examine the costs of each instance. Why is this a dangerous thing? Isn’t it called analysis? I would like to talk with agency professionals who can see and understand financial crime. I provided my testimony against Donald Trump who stole election 2016 as Hillary Clinton stole the Primary. Why is he not forced to campaign with his liabilities assessed. We are already in April rapidly approaching 2020 election. He stole the election from 74% of the voters and it is admitted. The words “talked to me sweetly” is disgusting with the word sweetly being gross. We do not have that where I want to work at the Pentagon. There is no sweat talk there with our group that is straight honor and justice.

I don’t want to work with Let us begin here or anywhere. He is not on my side, and he will not be part of any deposal paperwork as he is part of the talking sweetly side I am disgusted with.  We work for American interests in my household. I suspect they are not.

It was found out the illegal restraining order was accepted by Supreme Court justices as a legal authority. At this point it is in opposition to their interests.

What was their perception at the time the restraining order was accepted? It was illegal.

Bias can also be about narrow mindedness, and an inability to understand possibilities that are beneficial yet unknown to them.

We own our world together and our galaxy.

I do not like the fact that Bill Gates has a hold on my home. Where are our opportunities today? Don’t we look for those anymore? I am ready to create opportunities if given half the chance he was then and he lied. The talk sweetly side uses the advanced telephony here and to me that is where the problem lies. Maybe they could go play dirt on their own property and not steal from one American for the rest of their lives. Why would Bernie Sanders die if I put that down.

Bill Gates needs to drop the restraining order now. He has no rights to my property nor my life and I do not approve of those they selected to monitor my home. This is what I mean, he, Duff and the others can observe each other and play paydirt on their own properties being observed by real intelligence as they move things around and maybe that community can collect dollars. This is the stupid game that they played here. I am not into playing games with my life savings and to me we need to move forward beyond their quest to a whole new leadership. If you turn the camera on them, what are they doing today? I want to work on American innovation for dairy farmers desperately needed. Sweetly can go and do whatever he does. What does it take to get them away from my home and for me to work with dairy farmers to develop chemistries for them.

Why are people so anxious to create terrorism against the farmers. I would rather make money today but I guess that is not going to happen. I will make it happen somehow.

Americans can leave their home and return safely without air support with no harm done. 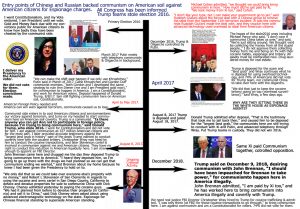