Exopolitics: Con men behind the boulder builders who are dying and ancient aliens

A couple of days ago we discussed the ancient aliens that have been here for thousands of years as robed ones. They have harmed our planet since they illegally entered our atmosphere. The robed ones with oblong heads arrived here initially, and later the boulder builder species arrived that traveled with them. These were part of the tribe of white ones the Iranians hate, and they truly are real. We found out now more about what came after the boulder builder and white species, who are terrible harvesting races, others looking to get in on their action as con men.

This group saw the boulder builder and white species working on my planet I now own outright and became involved here. Boulder builders have died here recently for the most part including their Arcturian ring leader known as the now former overlord. Here is imagery that confirms their race. 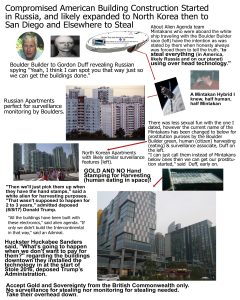 We had incidents happen early on that made me wonder about them and things here have been somewhat off set with the Paul Allen kingdom men. Mystery guests are connected to them and came upon the white ones when they were working here against us for harm to happen. This conversation was uncovered about their relationship here.

“Is there something you did not tell my about that mystery guest we had,” said Boulder Builder leader now dead to now dead overlord, “he brought us nothing but flowers and we ended up with multiple dimensions,” one of the problems the overlord said he tried to “put glue over it,” relating to inserting a substance in their friends brains. They look like grey energetic slits that are a void and a mistake that came into their world they were not able to fix until now and we are helping ourselves against them. This was an interdimensional problem where grey appeared energetically being changed now. There has been a battle going on with these two factions of harmful extraterrestrials and at times they have incriminated even us. The con is up for them. I do not ever want to see any criminal on my flyers and I fight real hard for them to go in custody. There should be no end times for our planet. We have an election coming and we should be happy to elect a new President who works for us. Why are our gold standard and money back not delivered directly to the people now by those who work for the voters or by whomever wins.

I provided testimony against Donald Trump I later validated and I would not vote for him, however at times there have been good things he has done, yet in reality he should be impeached, removed or lose 2020 because he is calculating and even against his voters. I supported him some ways at times until I heard him say this statement regarding the equity he cost homeowners which proved to me he did it with intention, something I did not know at the beginning nor even suspect. I always saw him as more stupid, not a calculating con artist with bad intention for the American people.  When it was said that homeowners would lose 15 years of wages put in to pay down their mortgages through their cocaine land grab, he actually knew it and intended to steal that euity, meaning 15 years X 4,160 hours from two income families, Republican or Democrat.

The exact quote of Trump’s was, “They (referring to AGs) know how much they (all Americans who AGs serve and protect) are losing (10 years or more saved wages in housing equity),” and stolen by a deposed con artist. It was his intention to steal it from his constituents and that scared me because a President no matter how criminal they are should want their people to do well, not steal from them using their position. Our people are our fighting force globally that make America number one with every job they do. We have to motivate them and inspire them to do great things because they make our country grow. It is like if you work for a company and your boss stole your wages and those of all your co-workers personally, he would be fired and your company would lose global standing because no one would be solvent. I would never want to steal families’ or single people’s wages through drug money laundering to devalue their homes. Imagine stealing $200,000 or $300,000 from seniors on fixed incomes. How low is that? That is not presidential. It really bothered me.

Back to hopeful alien extermination by Orkin Ann, and just in case we do have a permanent moratorium on unlawful detention also illegal in all 50 states, with Elizabeth Warren, a courageous candidate who needs to keep fighting the financial predators with me.

However, any jails contract was a lie from the boulder builder species given to the con artist on the flyer, Duff who claimed he was a disabled veteran. He really scammed the Navy. I guess he was a Marine for under four years. I tried to find him and found very little about his service career, though he writes at Veteran’s Today. I did find out he is owned by Russia and adversaries including harmful extraterrestrials who die here now, and everyone would want them to if they knew about them.  There was no validity ever to any boulder builder contract, they lie, as the boulder in the quote here admits, “I’m going to SAY I had a contract with that completely disabled man,” they claimed Duff, pictured, to be. The con on the flyer  then went into the Navy and claimed, “below ground jails were for the Americans unless I get the buildings I want,” this was completely untrue and a scare tactic he used to get what he wanted free real estate for his friends through cocaine money. They jails were never to be used and he used that weakness to obtain the buildings being constructed with the drug running and added telephony, some unlicensed from China, and connected to Russia to harm Americans.

He used an alien as a bargaining chip that he killed and said the Navy did it. Basically he framed Navy with the mystery guests whose octopus it was and the mystery guests really cared very little for him.  It was an octopus in a large tank I knew about and tried to understand, unknowing about the mystery guests. I suspected it was theirs as I always saw suits around its tank when I remote viewed it to talk to it. I suspected something strange and did not know what it was. It would not communicate most times and I did find out the mystery guests brought him and other species here to our planet to harm us. We have the power to get rid of them soon. The octopus was killed in 2017 by Duff. “I’m going to say the Navy killed that octopus that wins the contract remains upstairs,” referring to space. This made them look bad to the mystery guests they had to bow down to.  The boulder builders, Duff’s partners, chose it to be that way for the fraud to begin. Duff told the boulder then about killing the octopus that belonged to the mystery guests, “I say we kill him then we keep those builders working on our side,” for the master plans in the land grab they hoped to make money on. The Navy did not know and got blamed for the incident. It had a pass through effect to Stevenson cartel allowing for the drug running because the octopus murder framed the Navy.  That allowed the mystery guests to beg for the drug running Navy disagreed with for the land grab, even when known by the mystery guests, who were initially upset about the death of the octopus, Duff killed him. Both got to build the land grab housing set to devalue homeowners that I write about. I intend to hold Trump team liable for the devaluing when it happens. 74% did not vote for him and likely 24% if devalued by his drug running with the mystery guests and boulder builders would be angry and against them all. The mystery guests used the octopus frame to steal from American voters  through the drug money laundering 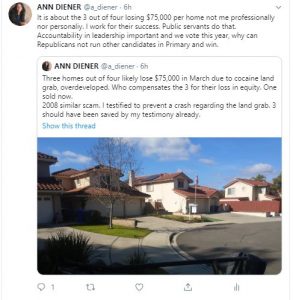 It was said by the mystery guests, “We put him in command,” to steal from American homeowners said about Robert Stevenson. I am against both men and Navy thought otherwise because they are connected to the telephony in my home corrupt people put in here. I have plenty of photos of said telephony and people know where to find me. The white aliens get dead here sooner than expected.

Duff who is a criminal who framed the Navy told them I was to be treated as an outsider when I never was before his frame. My testimony against Donald Trump was taken seriously and he was deposed. There was original deposal paperwork that put me in leadership. I later validated my testimony with a visually verified investigation to protect those who supported deposal and I insured success for those I sought to protect by continuing my investigation and informing other affected parties to insure that when the crime expanded I testified against there were groups who would favor justice making it easy for the Navy to always look good through prosecution. I always worked professionally for Americans’ success.