Owning our planet is not fun, God’s greatest gift is honesty.

Deposed for stock market crime Donald Trump stole 2016 and I have facts and data to prove that with the stock market crime, felonies. Why are my indictments not completed against Rudy Giuliani. $17 Trillion saved right, by me today?

When Paul Allen, a chubby faced, not yet cancer filled due to alien agenda man, walked into the Navy and said, “She owns our planet,” regarding me, the Navy wondered what gifts God bestowed upon me, our only negative holder, and those were just hard work because of the drone controlled by the boulder builders called the former overlord. Back then they authorized experimentation thinking that Allen team was honest and wanting to understand the way they and we do. It was not at all what Allen wanted who was only into the Orion ones that killed him later. He even admitted tonight post death, he still wanted to party with the Orion ones, grey skinny ones that they made some pact.

“I say I can manufacture some kind of headset,” said Allen in the meeting when asked how can you tell whether or not “she (I) is feeling god’s presence.” He was really into God who I love. Allen was only into the aliens from Orion and other extraterrestrials now malfunctioning.

Allen designed headsets prior to his meeting with  Navy would not have liked if they had known how much external uncontrolled power it gave the enemy to control even our own.

“I said the headset must be worn to tell what you are thinking and you are seeing,” claimed a friendly who saw God as I see god and wanted to know more about the gifts he bestowed on me. Fighting strength against all enemies foreign and domestic is my intelligence.

“I say we use the Orion formulas with the brain cells we have onhand,” said boney Allen after he got cancer from the extraterrestrials he befriended. These orion ones were the grey mattered white ones that are slender in Nature. These headsets were what created a killer out of the former sheriff I served as an informant for in Orange County.

“Now what I want you to tell that former cop is that he is going to make a mint out of her money that we had on hand,” said Brian Stafford back when they implanted Stevenson regarding my $323,000 for my magazine the Military Beat in June 2001 when they implanted him at Bush Ranch then.

“I only had his put in so we could control him subconsciously,” said agency guy who did not want me as Presidential material I became still pressing charges even now. Stevenson went on to kill the former overlord’s man to frame me with for the murder Bill Gates said I committed when he went in to obtain his contract with the Navy and said, “see she even killed someone.”

Stevenson then told others, “We’re going to say she killed someone using the overlord’s men (he was a made drone) men,” and committed it using fake visual sequencing.

The sad thing is that even though the whole murder was fake, the honest side that wanted to know what gifts God had given me said to Gates said about me, “She doesn’t deserve to own no planet.

What is interesting is that Allen team has played the Stafford side that told Stevenson about my money, and they anticipated a big win against them including against those with Dick Cheney.

“We’ll coordinate the evidence from here and once the old guard is extinguished, we’ll take power,” said George Andy Swetnam, an Allen team member regarding Cheney and Stafford.

I would arrest Swetnam and finish off Cheney with indictments.

Swetnam, pictured, said, “We keep playing on Stevenson until we tell everybody to piss on her.” Did he save $17 trillion on the stock market as the President of the United states pressing charges for the stockbrokers. Piss on them. Swetnam takes great pleasure in hurting me, “I can still kill your house and home even with the agency guy,” said by him.

I believe in professionalism and indictments. 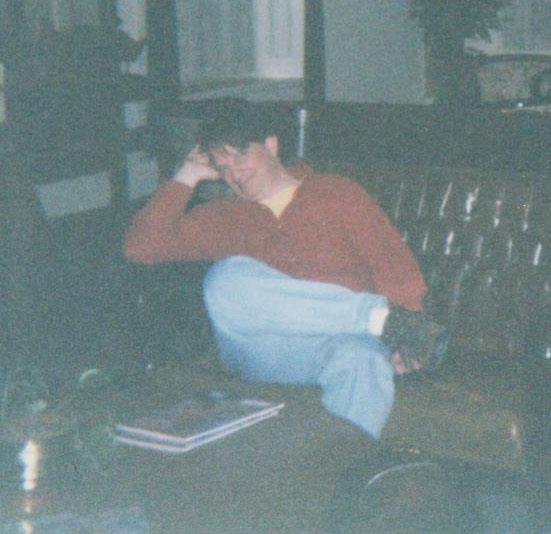 Andy wanted to steal our and my planet the entire time we were dating when he found out I am our only negative holder unbeknownst to me then.