Quest Money – I have wanted to find a feasible way to fight against the white alien.

I made the mistake of drinking a bottle of wine that I had saved for Stafford and I to end Bill Gates cashless economy. I saw the new Space Program on an energetic level now when he healed me, right now. It felt so good because it was coming together.

If I die today, there may be a lot of negative alien stuff happening, people need to recognize the Positive is coming in, the companion to our Planet. Isn’t there a way to overcome death?

Then what happens to the Planer? with the alien agenda? The meteor Paul Allen was so worried about may hit the Planer? Was that meteor part of their alien agenda plan or was it his night mare? When you think about what the van driver said using syntel, that they wanted to steal all the resources of the planet, can we prevent the meteor,

Does the meteor come if I die today, or was that part of the stone builders plan? I am really scared of these intelligence vans for a reason and I really want people to know that I connected aliens to god, the harmful species that would endanger the planet and humans, I finished that work a long time ago, earlier this summer.

There is white material on my pants, so please find out about it. The case was made yesterday regarding communo- fascism and the Gold Standard is coming.

We can only share God until GODDESS comes in.

Why didn’t Gordon save me relating to the white alien? He knew the alien tried to kill me? I got lucky and have eternal life as long as I adjust things and look into the future a little bit. White alien that tried to buisiness with the Trump administration over the summer. I don’t know if people want to do business with white aliens. “I get to keep my company.” using syntel. 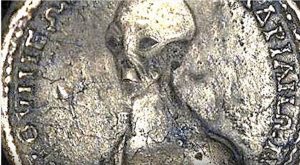 We have been playing eternal life games for so long as part of this Secret Society Quest. FYI the white alien stole marriott from humans. There is a human side of Marriott Vacation club. Relates with the mormons. fellowship.

I like humans better than aliens. People probably wonder why I have not really died in this quest. erdogan. today is the one who really wanted me to die.

I actually telepathically found out that the white alien wanted me to die, when my boss Andrea had me talk to Deniz and there was a small hammer on the desk. It was a fear tactic. The white alien was in a gray office. That was my visual. They were connected to the Mormons.

Authorities: the key to this quest is to arrest the white alien. You can look at the warch in my jewelry box to know what to do, with the alien at Marriott Vacation Club. How you find him is up to you. That’s if the story is believable to you.  We do not revoke the core ever. This is our PLANET. I have to find a way to keep it.

Bob used black magic and in my opinion, he lost the quest early on.

Gordon never picked me up.

I have a feeling that someone wanted to steal the Planet. We can stop them.

How many death threats did I live through during this quest?

Stafford could arrest the white alien. They are arresting Stafford on the 60/40.

Case is made today.

As long as I deal with the white alien today, I should survive.

I think a lot of people already knew about the white alien.

Spiritual quest came out of my computer screen in Stafford’s  energy.

What does it take to become a Delegate? Freedom to exist. Is freedom found in Divinity?

White aliens are connected to fascism. I oppose fascism.

It’s Friday, the anniversary of my near Death Experience and my life has changed ever since then.

And communism has been outed finally.

I love getting out and talking to people.