Recovering American Citizen’s Presidency from Pull It Either Way.

Donald Trump has been deposed since August 8, 2017, and individuals who stole 2016 have not wanted American citizens and the Navy to recover our Presidency for the American voter, so what they did was “spoof us” through a private contract they set up through a “Jailer man called corporate” with the individual and Stafford’s private company who after the deposal of Trump had time on his hands to work with the cocaine men and the private party utilizing tape recorders here to keep our Presidency in the hands of a select few, W’s men who we wanted to stop, They do not want you to have the opportunity to run freely and fairly as a candidate as we do. They do not want American citizens to vote for representative leadership as we all deserve and are Constitutionally guaranteed.

I do remote viewing to get to the bottom of the truth, so that we can have our American Presidency back for all candidates and voters in time for 2020. We need to keep our gold and my money back for American citizens to restore our confidence in the American government, and maintain American financial security. Donald Trump and team intentionally stole 2016 with Hillary Clinton participating with them and later oligarchs and Robert Mueller to bankrupt all American citizens.

Brian Stafford who said back then, “they’re making me depose him (Trump), I don’t know what I’m going to do with my time after that,” when the Navy asked him to perform the deposal, took on a harmful private client somewhat unknown to him, us and me.

After the deposal was completed, he was hired by an old man, called Corporate for the sake of the discussion here. Stafford admitted last night, “Why did I choose to take the case for that stupid jailer man called corporate.” This is a private case run by a private company, Brian Stafford’s, and the individuals here using the private individual, called Corporate’s, tape recorders, vans and other equipment herein Vista, CA have no official government credentials facilitating what they are doing here on American soil.

Even if Richard Cheney gave him some sort of authorization, the fact that Trump was deposed, any such contract would have had to have been accepted by the known President at the time, who is me. Therefore there is no public, governmental authority even possible for the individual called Corporate here on American soil and operating the tape recorders in California to attempt to maintain the Presidency in the hands of George W Bush for the Cheney defense budget, as well as conduct the land grab we are attempting to prevent, and which Trump is deposed for called the “largest land grab in history” by him in 1991.

The American citizen must have their Presidency restored to the voter, and the land grab, as well as the Cheney defense budget must be stopped as it was knowingly run through private hands impersonating official government authorizations.

Why did this happen here? These private individuals have attempted to profit personally, and when the Department of Defense selected me to hold our Presidency, they knew I am honest and for America winning the war on terrorism, that Cheney wants to prolong wars to steal from American oil producers, continue to traffick cocaine and conduct illegal weapons transfers, so these individuals have conducted back room deals with the man called Corporate to prolong combined conflict, including planning additional wars in the Middle East, as I found out yesterday from the yellow vests who said we would love to support me, but then the wars they had planned in the Middle East would not happen in the future. I fight wars for American citizens and our service members to win every day. That is what I do.

This has been a private operation conducted illegally here to prevent our Navy from winning the wars, which international forces did not want America to do. In fact, according to a source yesterday, they have stripped us so bad, and wanted our defenses to fall, in my opinion to likely be attacked here by China or Russia, or other nations. We will not be attacked and we will win with me as President. That private individual, “jailer man called Corporate” cannot spoof against us as it has now been uncovered that was his intention through even likely hiring individuals at Coronado and elsewhere to act as private contractors for his charade to weaken American defense infrastructure. This likely explains the Staff Sergeant I have been dealing with, they are not acting on official capacity, and are part of the charade.

Navy wins, and we get our defense budget to provide for the Common Defense, $48 trillion to restore the defense infrastructure, Cheney and these private contractors have been intentionally weakening, as is known.

Cheney cannot win, because we know what his intentions were to sell American real estate, our soil here in California, to China, as he said. This should be considered espionage. “We had it planned from before to devalue their property (in California) and sell it to China,” said Dick Cheney on October 31, 2018.

It is good to know what their spoof is,and we need to follow through on change of power to restore our defense infrastructure. These private contractors did this with intention against American citizens and service members. This individual wanted to fool us all after the deposal of Trump, and make American citizens lose their Presidency, as the cocaine men they worked with were against voters voting. I have worked hard to make our voting convictions, and I am also pursuing the Justice Department today and the bar association to check on our case there.

These election convictions we had in the Overboard case and in the 17 other cases against election 2016 must go through before 2020 is even started for real candidates to have the opportunity to win which we need to represent us and all American citizens.

In summary , it is likely the van and the cocaine bribery with the tape recorders is a privately run operation with “the jailer man called Corporate” through Stafford’s private company for the land grab and cocaine bribery and has no official clearances whatsoever. I am President of the United States, even now.

Our gold and money back, as well as our defense budget is ours without Cheney and the espionage he and W’s side has attempted for China.

Navy can pick me up at any time for American citizens to win and there is no Mogadishu combat needed for Richard Branson, hired also as a spoof for the jailer man called Corporate. They have no authorization to order us to fight there.

These are private people who have wanted to detain even our service members through this tape recorder and telephony scam here run through a private company. There are no official jails for American citizens nor our service members with me as President, which I am today.

These guys use the scam name, “jail yourself” to conduct their trunk show and land grab that has no official leaning.

To be clear, as these criminal individual have framed me as something I am not, using the term “Satan worshipping” for me, which is documented by me, that they do, with facts and data. They harm children with sex at too young an age, even infants, sacrifice them for blood drinking, that is known and conducted by W’s side trunk show. They use dark magic spells they attempted here that I turned in to the FBI, as evidence photographically.

They cast spells here to maintain W’s men and women’s hold on our American Presidency that is for American voters to hold.

The cocaine land grabbers should be arrested who are working with W’s guys who cast these spells here.

More evidence here in my four part series. This is a premeditated crime by these George W. Bush and his partners with the “jailer man called corporate.” 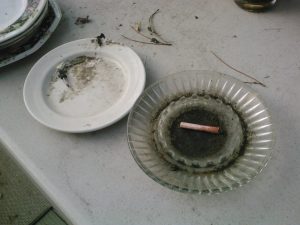 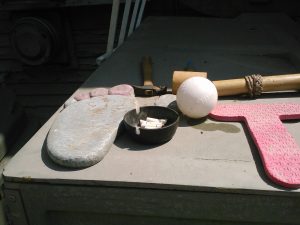 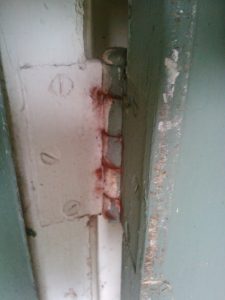 Satan Worshipping conducted by W’s individuals in my home. 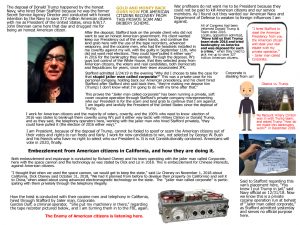 Private trunk show by corporate criminals against our American Presidency