Our Galactic Core is repairing our galactic Sun

It was found out today that our Galactic Sun was damaged long ago and that individuals from surrounding star systems came here because of communism that destroyed their systems. I learned that shortly before I placed my core successfully. I discovered why I thought during my work previously about the galactic sun, “That seems a little broken,” in June of 2017.

The galactic Sun was very fragmented then. It seemed like the center had been pulled down with parts all around. I still used it for the work I was doing then. I asked others who were participating “what am i going to do if it falls apart,” they said, “I don’t know you just put them in there,” referring to harmful extraterrestrials I wanted moved around. We found out who was originally there when he complained about the core there being moved. That was the center of the Galactic Sun.

The stargate is harmful as it allows for off world travel without entry permit. They installed it when the Galactic sun broke down and it was found out when it was criminally destroyed the man who was there said, “I can’t believe they threw down the burning negative,” the core of the Galactic sun. This man where ever he is knows the Galactic core is his marriage partner.

These criminals who entered here illegally know a space team now is aware now that they were the ones who did it. We have to be cautious of those interested in space travel that harmed me before.

Today as we are moving forward with our solar system repaired to include the Solar core, the companion to our sun for the removal of antimatter, our galactic core began to work appropriately and begin to round which returned my attention to the Galactic Sun. It was restoring because of the improvements here in our solar system.

In the Universe there are Suns and cores completely round if not broken. Cores are used for removing excrement. I do deserve to get paid for my work. It was found out yesterday, “The Solar core is where the antimatter goes,” so it is a waste receptacle. Our galaxy was a host to other star children we have around here.

“That’s where we came from,” said a sad otherworlder, “other star systems in the galaxy that for too long had Communism coming,” and it is stopped here. because of my work. Constitutionalism only is guaranteed. Their star systems were all destroyed because our Galactic Sun had been harmed and they had been harvested like we were about to be.  There is only one harvester left can you believe that. That is good work on my part. Those star beings that were part of Romney’s side need to be disbanded here with the teaching area.

Here is a picture and if you look to the right you will see a heavily indented area in red on the map. That shape is the indentation caused by the explosion of the spacecraft boulder one was on. It was a very large explosion in our outer atmosphere around the day before and I was concerned it had damaged our earth’s surface. It turns out it has healed pretty well. We can destroy the other one and it was agreed to by the Supreme Court that they would like it done and it was something they did not think would be possible before yesterday. 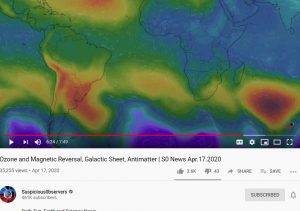 Indentation of Harvester on lower right in red

With our gold spacecraft, some beneficial off worlders will have the opportunity to go home again as we could travel around my galaxy liberally when our program begins to be manufactured. We have a good start with our star system aka solar system restructuring to perfect. This is an Ann Diener project, lots of work put in with a very small budget for everyone that we need to move forward on. I always get them accomplished with God’s help.

Our money back should be delivered to everybody with our gold standard kept as is typical for a good star system.

As has been said before, “We only made it on your income,” mine, and I keep working in earnest so everyone can enjoy our solar system restored. I could use some spending money. My friends chip in.