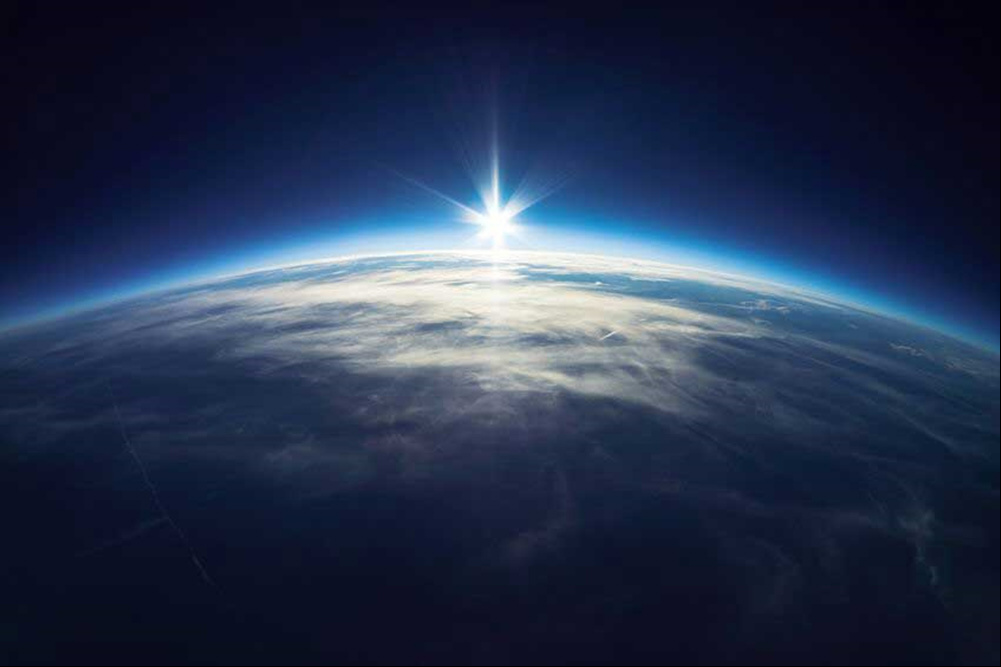 This morning when I woke up I saw our planet nice and clean in the northern hemisphere and the Southeastern quadrant. Again, we installed my negative perfectly put where it normally was, before extraterrestrials came here, in August of 2017 and it has been a long journey to correct my planet I own outright. We are recovering our star system now on our own, and it is interesting to find out who is who and what is what. People have long been influenced by extraterrestrials on the planet I own outright. They arrived here without a bang, and it was found out this morning about the quadrant that needs to be fixed which included Australia. That was where they started to break in on Earth. I remote view accurately and my information validates itself with other people’s resources and information.

I went to the beach then, and I saw the large spacecraft that the boulder builders came on in that quadrant. It fit perfectly in there in that region after going in the ocean, my partner in our planet restructuring to original form. I decided then to remote view from there to understand how that ship related to Australia, as I had known all along was where the harmful extraterrestrials came from. They intervened in my life professionally in harmful ways from there, even having people call me or steal business opportunities from there using my company name Raven Knight from there. I was surprised to see the shape of the area with the ship overlaid as a visual. I have been after that ship as the boulder builder species are dead now. They were known as the most harmful and even NASA did not know what to do with them. DoD had labeled them as an imminent threat and I am working on them even now. In hours I should be paid. Yeah right

Australia is where they landed originally, and we are working on that section, so I decided to send Sky News an update to speed it up a bit.  The alien agenda, a harmful species that seeks out humans to mutate to join their tribe to steal from others, started there on my planet I own outright now. This region connects to the false bardo that is fixed now. They originally landed in Australia and said, “We’ll just start here to put that base in to hold the planet.” This is an underground one where aliens live currently and during the day I found out they were excited to stay there until I told them it would be evacuated soon because the hot lava was coming for them.  This proves that they never paid for our planet. They snuck in here. Here when I reinstalled our core perfectly put in the center where it belongs people were told to make a big deal about paying for our planet I own outright because the alien agenda meant so much more. However, they never paid for the planet and came in here criminally to steal from everyone on it. We ought to be glad that I installed it perfectly put and stop blaming everyone saying I don’t have the right to exist on it after install.

It was confirmed today that one of the alien agenda team members was instructed by the same group of space rats to steal from everyone through his actions as the former overlord. Remember that quote I lost from him in Palm Springs, this quote confirmed their intentions globally against everyone. They wanted to provide the cashless system, handstamp everyone to send them to below ground jails for harvesting later and then steal everyone’s personal items vacating our planet I own outright. I want you to have everything you own as our planet owner. This may be different than Urantia headset men, and I don’t know that for sure as they conned Stevenson early on who plays the Urantia kingdom star.

The one mean one said today, “I’m going to live at Urantia’s until they (meaning all people globally) get robbed.” We do not need robbers here. It is stealing and I revoked that already so they could die here, which I felt.

When I started out to reset our core I knew something like this was coming.  I knew when Donald Trump was announced the winner of the election he admittedly stole and I had a bad feeling I received from the old overlord now dead.  When Trump stole the election, long before I testified against him, my friend and I were sitting at my home scared shitless because we knew the election was lied about. I later validated that information through analysis of exit polling data over 5 days straight sixteen hours a day of work with spreadsheets to prove the swing states were hacked and stolen.  I later verified hacking went on. Later I confirmed what was about to happen long before resetting our core in the middle, the old overlord said something about we “strip them (planets) bare and let you people fight each other.” We have saved everybody from that reality.

I have fought so hard for everyone and I have yet to tell this story to anyone. Quit blocking my road and allow me to collect payment. I worked for hours in 2017 to reset our core to normal for everyone. I am not sure if anyone will ever care I saved them and their households. I deserve to be interviewed and for them to know I did what I did. Visualization work that is written takes hours and hours, approximately 16,000 hours were spent on my project.

It was said by an astronaut about our planet I own outright, “It looks like it is finishing,” said an astronaut in space as the government knows the install happened. When I looked at what he saw, it was that western southern quadrant that still needed work. That is when I went to work on it at the beach as I do every day, getting our ocean to work for us.

Senator Charles Schumer said this morning, “We never wanted Ann’s install to go through now we’re just stuck here.” Why? I wonder as we still have the gold program going and beneficial off worlders in the background, some of whom learned of this harmful alien agenda through their experiences. I hope they turn away from them now. I also want Schumer to understand the harmful ones more to rethink his vantage point. He is human and thinks of himself as Senator Patrick Leahy does as extraterrestrial and root for alien agenda. When Schumer was a small baby, they installed their own component in his heart, his aorta region.

Someone said, and this matches with Leahy’s perception of his “alien heart,” “I have to replace this little little guy’s aorta soon,” causing him to want to steal from other humans. I have published that sort of stuff before and have wanted to get to the bottom of what I thought. They are Democrats and I knew there was something wrong with them. I had to understand our planet further. They are like we are and had these aliens invade their lives. Someone’s heart is the key to their existence on the planet I own outright and theirs are changing. It is scary to me though as Paul Allen kingdom invaded the house and the Senate to obstruct justice and these Senators played along against me and all of you. I reason a lot. What would it have been like had Schumer not have had the alien aorta. He would not have been as powerful against us all. He can be rejoined and we have had that success before with the supercomputers. Schumer needs to realize that everyone in his district should have gold standard, money back, no jail cells which he did and a good quality of life we rescued his constituents from by installing my negative correctly. Hopefully their hearts will slowly regenerate to human in its entirety and he will stop thinking of these harmful extraterrestrials as his own. They are not the key to space travel. We have our gold program and there are other off worlders with good intentions that have come here.

These individuals with their large spacecraft lied to House and Senate members when they illegally executed a contract saying the jails below ground had to be eliminated and it was validated by one individual aboard the craft saying “We still have the planet of jails,” part of their fake contract. I can talk to the media. They have no right to limit free speech around here. I openly communicate with everyone I meet every day.

“She installed her negative so she can’t talk anyone,” was said by one of the criminals here and he has openly wanted to harm me.

How will God handle this? Constitutionalists exist to tell their story correctly. Deposal went through a long time ago.

Restructuring is going well and we are getting stronger as humans so soon we own our entire galaxy with all habitable planets in it. Jupiter is rising.

Why can’t I get paid for the work I have done? It has taken a long time and all my evidence and data I collected is free of charge.