About Coronavirus and Suing the Creators 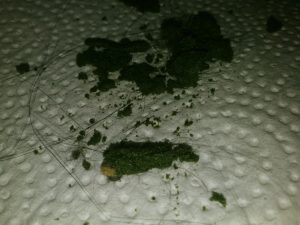 Green algae or mold they put in my home a long time ago. They tampered here daily back then, after my negative was installed.

I was disqualified as a witness despite providing testimony against deposed stole 2016 Trump to include all of the election convictions because of the “type of telecontrol” I have because of abject bias, so they positioned handlers over my home that were connected to the Lugar labs and I used the telecontrol to record testimony about the virus they created. On January 22, 2019, and these two Gordon and Carol Duff have worked hard to alter the virus to make it kill targeted groups in specific areas for financial purposes, “Our virus is not working anymore,” said by Carol and we have worked hard to stop it. It is similar to the Anthrax that was found to be engineered internally. Gordon Duff had worked with a lab in South America covertly identified as a British lab, and he also directly targeted others investigating Lugar Labs.

In addition this monitoring team placed these spores in my home from Lugar reportedly. I am against infections diseases, and it was also identified that CNN knew the disease was created by Lugar Labs and covertly mentioned that was the Lugar Labs one, we don’t want to report on it that way. We have to be direct to get to prosecutions and if millions of passengers in the vacation industry lose as well as airline and cruise companies lose billions of dollars in revenue we must pursue those individuals causing the loss of revenue directly.

I always work for the American people at the highest levels. I need something to do until the winner of 2020 is announced as Bernie Sanders, hopefully.

Christopher Wray has been protecting them virus creators, Russian handlers, as deposed stole 2016 Trump continues to illegally operate on the cocaine laundering they are all involved with. We need to sue them for the virus creation, and for the damages to the airline industry and cruise industry. Hopefully we shut his down south cocaine cartel down, as Wray admitted “Everything we planned with the down south is not working out to well,” previously. We have an election going on and need to transition the Federal Bureau of Investigation into a neutral party against cocaine. Trump stole 2016 and when I asked others to monitor his activities that are criminal, they did not want to. I do that to protect the voters and provided validated testimony against him.

This should accompany a lawsuit for the terrorism screening for the terrorism manufactured and screening charged for also identified. We should also sue should any crash based on housing happen as it is a known bubble. Please keep my data to protect homeowners, 74% who did not vote for Trump, and the 24% who would have never as Republicans expected him, the man on TV be laundering drug money to devalue their homes with huge developments that are unneeded for the most part. They did not know he started the down south cocaine cartel funded by the Murder of Robert Maxwell. When they see him on TV, they see the manufactured man, not the cocaine prostitution cartel. We need to protect those voters too.

They are part of the unknowing fooled by the media image of characters such as Arnold Schwarzenegger who said, “We cause terrorism, and then we get paid for screening them,” here.

Rambo causes terrorism and charges them for screening making them feel like they are terrorism suspects at the airport. We have to look at this as a profit model based on humiliation of the public designed by them.

How much are they liable for our complimentary “mammograms” in airports. How about flight delays due to screening. This has been an invasion of privacy to billions of people for what they admittedly created. How much should they compensate those billions of people per travel day?

This is my personal computer and the enemy should be charged with every moment they obstruct justice.  I became President and continue to act Presidentially. How much can I accomplish for the voter before 2021. Imagine if the virus was gone and those who created it charged and sued. I know I didn’t run for office, and at times I was supposed to be Secretary of State. I intend to work in the incoming administration. With so much financial crime, even against Republicans deposed stole 2016 Trump needs to be arraigned. All data is available for prosecutions.

Please contact me at (760) 672-2028 to work on class action lawsuits as we move into the national election.