I became President through the honest deposal of Donald Trump on August 8, 2017, and some individuals wanted to keep it hidden to continue the same land grab scam they had intended that is criminal.

“We’re going to just depose him and let nobody know about it that way nobody will get ahold of our Presidency ever again,” said Brian Stafford who the Navy hired to depose Donald Trump. We need our vote back, as all of Congress is informed that they stole 2016.

Trump and his team intended for the last 18 to 28 years intended to steal everything from every American citizen. I found out about their yacht meeting in 1991, where Trump planned the “Scam against America” with the “largest land grab in history.” It’s attempts can be seen visually here. Back in 1991,Trump met with billionaires aboard a yacht for a party and said, “I think I’ve figured out how we can scam America,” and that is where the cocaine network began working towards what he termed then as “the largest land grab in history.” This is what I testified against and what he is deposed for in addition to financial crimes relating to terrorism that were conducted on or around the September 11th incident. I have investigated September 11th since it occurred, and it is very connected to the scam against America and land grab attempts here.

There is a four part series on the local angle to San Diego County, California. Hundreds of American citizens were murdered both child sacrifice victims and agency men and women, as well as my parents, to build these properties with “cocaine money” and methamphetamine funds, both tracking large quantities of cocaine into our cities and reducing American liquidity. The criminals involved in this plan did not want American citizens to make it Constitutionally and financially soundly. They saw us as prey, for them to strike at unknowingly in the background as they conducted September 11th together covertly. “Eighteen years we’ve been working on this communism,” was said by one of the ring leaders yesterday, who later admitted, “We lost this communism.” The entry point is found in the link through Rudolph Giuliani and others aboard a Naval installation.

We did not vote for them, Trump team and Hillary Clinton, another “17 year plan(er)” stole the 2016 Primary from Bernie Sanders with the help, surreptitious or otherwise with Russian oligarchs who pressured him to surrender his Superdelegates when he would have won election 2016 by popular vote. Trump team stole 2016, and all of Congress has been informed of that fact. What they intended to do is nothing short of criminal. “We’ve got to look at this as a holy experience, branding their hand and stealing their money,” said Betsy Devos regarding hand stamping or handmarking which was for an unlawful cashless system they attempted covertly without consent of the American citizens Congressional members represent. We need to demand a televised public hearing on the communism they intended to bring here to the United States of America that is illegal.

327 million Americans would have lost everything, if I had not testified and worked hard. I am Constitutional and am vehemently against the brand or breed of communism. Today I am calling Congressional members to demand a public hearing against Trump teams and some of the individuals are Democrats who hoped to cash in on unsuspecting Americans unaware of their “17 year plan” now 18 year attempt to embezzle all American citizens assets and liquidity.

As I am our President, through unknown to the American voter, we keep our US gold standard and our money back for American citizens financial security.

I am going to update this page with Congressional members responses for the next four days, with the goal being to reach every member. American citizens will not be stolen from. Our Constitutional Republics, including our state’s Constitutions must stand. Investors may have bought into their plan, overall small investors have to know how the group organizing this saw even them, the small investor, cattle before the slaughter, as is discussed here by Les Wexner, who was hoping service members would pay long term when the deeds to the properties he gave them were needed to be sold by short sale.

Victoria Nuland said, “All of us were waiting for cashless to start, so that we could control these little dumb beings here,” about American citizens. That is the same Nuland who hired the far right in Ukraine. “I hired the far right,” to kill the Maidan college students, she admitted. They do not care about people.

Congressional members list demanding full hearings on “The communism.” Communism was seeded with cocaine based funding, that is illegal and unlawful. The parameters of “The communism” are easy to identify cocaine investments in real estate developments, installations of technology including attempted paypoints for hand stamping/hand marks and surveillance equipment in buildings and communities installed covertly, unknown by and unapproved by the American public, and criminal white collar crime conducted through insider stock trades and large volume cocaine sales.

Previous notes on Congressional members use of cashless, part of communism as they intended. Remote subliminal investigations into what these members did and thought when presented with cashless cocaine investment capital. Did they use it? And why or why not. This was and is just the start of the interview process for a full hearing against all Congressional member involved in defrauding his or her constituents through cashless, known as unneeded. Gold and Money Back kept. Congressional members involved with individuals known as the Guilty of September 11th intended to steal as was stated from all American citizens.

A start on Congressional Members. Did any of the Congressional members or televised “officials” advertise “The communism” when they campaigned to their constituents. Very few if any. None. They keep getting upset because as these members say “then we lose the communism,” it is bait and switch what they run on the mainstream until this come out. Trump team and the guilty should never wear an American flag again. Constitutionalism is American, even to their constituents. This is why fully televised investigations and hearings are needed now. Our flag stands for our Constitutional guarantees and American freedom.

Arizona.
O’Halleran, Tom Yes. “I am addicted to the guys on cocaine.”
Kirkpatrick, Ann No “I like to develop sustainably.”
Grijalva, Raul No “Cocaine money harms my environment over here.”
Gosar, Paul A., Yes “We do housing developments with them,” to devalue area real estate and reduce liquidity.
Biggs, Andy, Yes. “Only traffik south of the border.”
Schweikert, David,  Some “We only did that to build a few buildings around here.”
Gallego, Ruben ,No. “I thought I could but not with what they were going to do here.” Good guy.
Lesko, Debbie, Yes “They give us lots of it for buildings and dump trucks and stuff.”
Stanton, Greg, No “I thought that I could accept a few billion and then they overvalued my properties.” Good.

Arkansas
Crawford, Rick No cocaine money.
Hill, French No cocaine money. GI bill offered with it.
Womack, Steve No cocaine money. Good.
Westerman, Bruce Yes. “Pence told me to keep it a little secret,” to build some buildings.
What do you think they’re doing over there? Why won’t they at least let us come in here and pick her up (as President),” asked Navy after Donald Trump was legally and lawfully deposed in 2017. Shadow men installed quest after with cocaine men.
California
LaMalfa, Doug No cocaine money. “Here not in your wildest dreams.”
Huffman, Jared No. Need to change his opinion on Bill Gates and cashless, lied to “revolutionize the human spirit.” complete lie.
Garamendi, John Not yet. “Shit we really need that done, but I don’t know if I want those guys to move in here or not.”
McClintock, Tom No Send Presidential portfolio. Good contact.
Thompson, Mike No “I said they could build here then I stopped them.”
Matsui, Doris O. No. Wanted cashless because of poor judgement.
Bera, Ami Yes. “I had them build that development.”
Cook, Paul No “I am tired of these cocaine members targeting Nixon sponsors.” we don’t need Nixon. We can have our own space program.
McNerney, Jerry No. “could clean up fish ponds.” Presented themselves as environmental which is a lie.
Harder, Josh No cocaine money. Send video on no cashless or environmental crew.
DeSaulnier, Mark No cocaine money. Send video on gold only. No Mercer.
Pelosi, Nancy. Some. a lot. “I am selling out American citizens.”
Lee, Barbara No more, was used for schools.
Speier, Jackie Yes. will stop. No cashless.
Swalwell, Eric Yes. “I told Bill Gates good choice.” Bad. Video unneeded. sent. Guilty.
Khanna, Ro No. Good.
Eshoo, Anna G. No. “Bill Gates cost me too much.” Hates Bill Gates I do too.
Lofgren, Zoe No. “I hate those programmers here.” Me too.
Panetta, Jimmy No. “Never here.”
Cox, TJ. Yes. some. No cashless. Gold is mine. 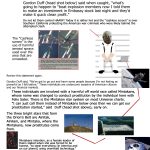